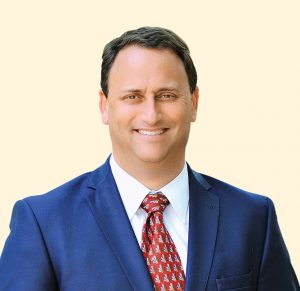 As a visionary leader in the healthcare industry, Couris has achieved success through innovation, operational excellence, and strategic collaborations. He is best known for creating an organizational culture that thrives on authenticity, kindness, and transparency, and he believes that focusing on the wellbeing of his team drives positive experiences for patients. Couris’ inclusive leadership style allows him to engage frequently with team members at all levels of the organization. He writes about these experiences in leadership and some of the most relevant issues facing the healthcare industry on his website Leading the Change (changewithcouris.com).

Since taking the helm at Tampa General Hospital in 2017, Couris has co-led a new partnership with USF Health and the institution’s private practice physician group to build a clinical platform that strengthens healthcare for the Tampa Bay region. Under his leadership, Tampa General Hospital was first in the state of Florida to partner with GE Healthcare to launch CareComm, a care coordination center using artificial intelligence, predictive analytics, and industrial engineering to improve safety, quality, and cost. CareComm combines Couris’ passion for operational excellence with his focus on achieving the organization’s vision to become the safest and most innovative academic health system in America.

Prior to joining Tampa General Hospital, Couris served as President & CEO of Jupiter Medical Center in Jupiter, Florida, for eight years. He forged partnerships with notable institutions such as The Mount Sinai Hospital in New York and Nicklaus Children’s Hospital in Miami, creating robust service lines and elevating the hospital to a regional medical center. Couris served in various executive leadership roles at BayCare Health System for ten years prior to his move to Jupiter. His career began at Massachusetts General Hospital, one of the nation’s premier academic medical centers.

Couris is active in numerous industry, community, and philanthropic activities. He currently serves on the board of the Florida Hospital Association, Safety Net Hospital Alliance of Florida, Valspar PGA Championship, and The Florida Aquarium. He is also a member of the Young Presidents’ Organization (YPO), along with many national healthcare associations. He is the recipient of multiple awards, including being named to Florida Trend’s “Florida 500” list of most influential business leaders in the state. He is a graduate of Boston University and holds a Master of Science in Management from Lesley University in Cambridge, Massachusetts. He is currently pursuing his doctorate in business administration at the University of South Florida Muma College of Business. Couris resides in Tampa, Florida, with his wife, two children, and several beloved pets.